Sponsored by the Athanasios Ktorides Foundation

July 9, 2022 – One of the pillars of the Athanasios Ktorides Foundation is the promotion of cultural and educational activities, aimed at preserving and passing on the Greek and Cypriot history, as well as the cultural heritage to the younger generations. 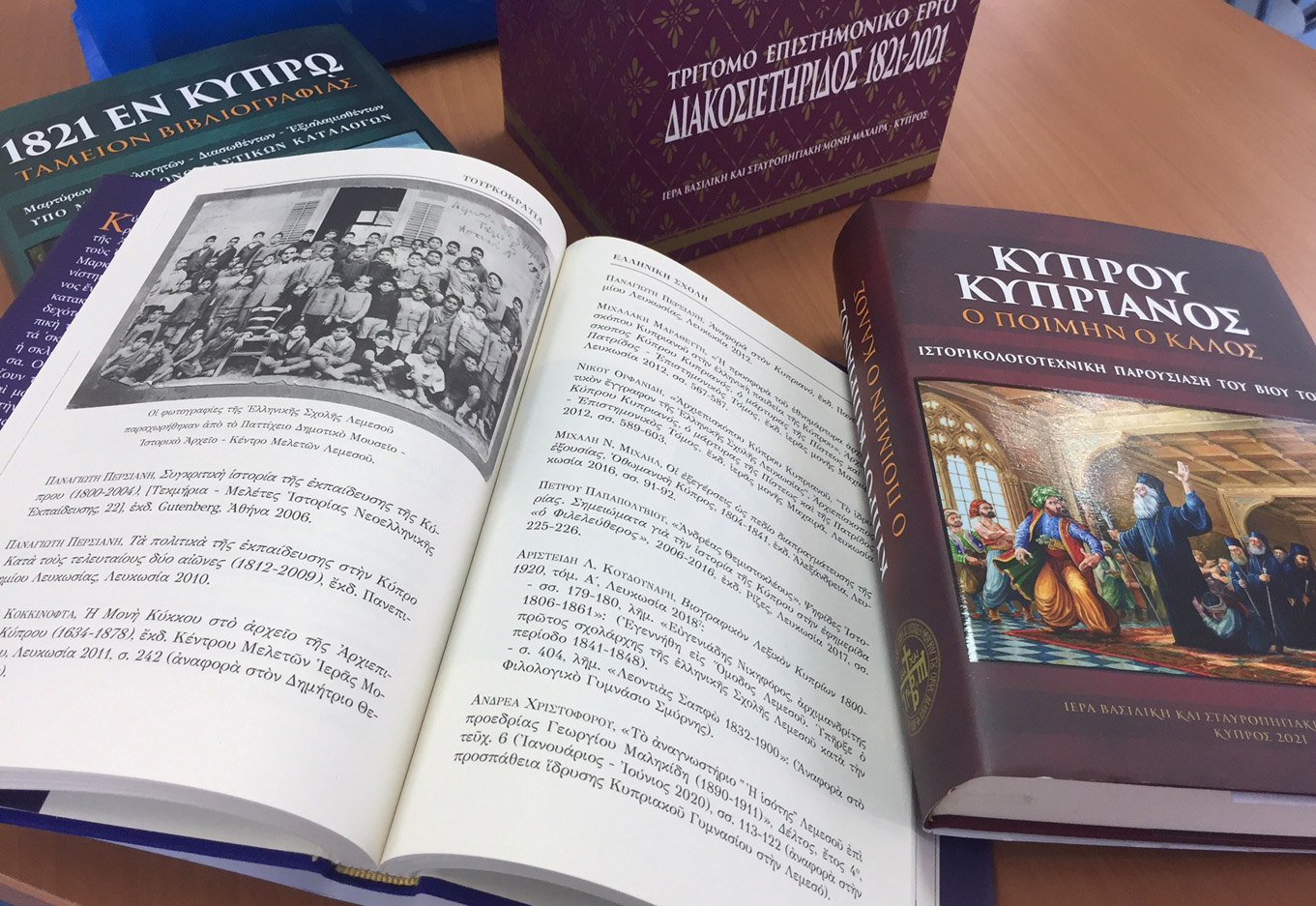 Within this context, the Athanasios Ktorides Foundation decided to sponsor the historic three-volume work which has been prepared by the Fathers of the Holy Monastery of Machairas, marking the completion of 200 years since the martyrdom of Kyprianos, Archbishop of Cyprus and others who martyred along with him on July 9, 1821.

The first volume, entitled ΤΟΥΡΚΟΚΡΑΤΙΑ ΕΝ ΚΥΠΡΩ (Ottoman Rule in Cyprus), includes lists of names of martyrs of the faith and homeland, of those who survived the massacres, those converted to Islam, and the Cypriots who fought in the 1821 Greek War of Independence.

This volume contains several chapters and refers to the names of people active during the period, which lasted over three hundred years.

The second volume titled 1821 ΕΝ ΚΥΠΡΩ (1821 IN CYPRUS) refers to events concerning the period of the Ottoman rule in Cyprus (all lists and topics are supported by bibliographic reports that confirm the authenticity of the historical truth).

Finally, the third volume in the series, entitled ΚΥΠΡΟΥ ΚΥΠΡΙΑΝΟΣ Ο ΠΟΙΜΗΝ Ο ΚΑΛΟΣ (CYPRUS’ KYPRIANOS THE GOOD SHEPHERD) is dedicated to the life of Archbishop of Cyprus Kyprianos. The volume is a testament to the Archbishop’s life, backed by scientific studies. We consider this edition to be unique and monumental.

Sports and Culture Week in Nicosia By the Athanasios Ktorides Foundation